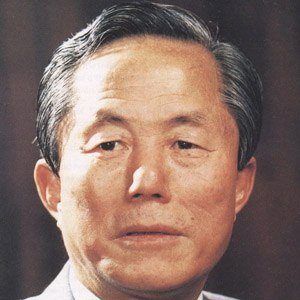 Also known as General Choi, he was a South Korean army general who helped to found the Korean martial art Taekwondo.

He studied at the University of Tokyo.

The Taekwondo Hall of Fame listed him as Father of Taekwon-Do, the Founder and First President of the International Taekwon-Do Federation, and the Founder of Oh Do Kwan.

The World Taekwondo Federation (WTF) has discredited him as a dishonorable figure.

Choi Hong Hi Is A Member Of