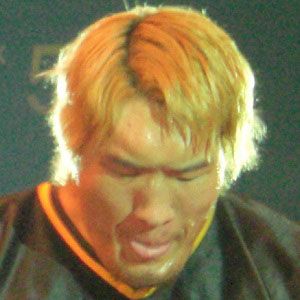 South Korean kickboxer and mixed martial artist who has competed the K-1 and Dream promotions, defeating competitors like Mighty Mo and Sylvester Terkay. He is also an entertainer who acted in the 2009 film Goemon and has sung as part of the group Beauty & The Beast.

He was born in Jeju, South Korea and made his K-1 debut against Kaoklai Kaennorsing in March 2005.

He fought former baseball player Jose Cansceco in an MMA match during the Super Hulk Tournament, defeating him in 1 minute and 17 seconds.

He knocked out Gary Goodridge with a knee strike on August 5, 2007.

Choi Hong-man Is A Member Of