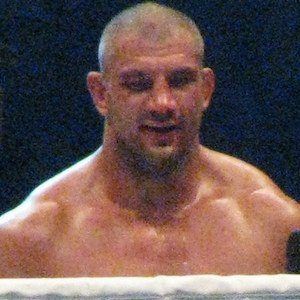 English professional heavyweight mixed martial artist who competed in Pride FC, Cage Rage, EliteXC, and Sengoku. He is known for his "Gong and Dash" technique, which involves rushing his opponent at the beginning of the fight.

He was a talented rugby player and worked as a bouncer and debt collector.

He attempted to pursue a career as a bodybuilder prior to taking up MMA fighting.

He was raised by his mother and never met his father, who is now dead.

He lost to American fighter Kimbo Slice in 2008.

James Thompson Is A Member Of