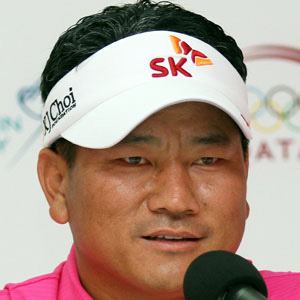 Best known as K.J. Choi, one of South Korea's most successful golfers.

He qualified to play on the PGA Tour, after several wins on the Asian Tour.

He was in the top-10 of the Official World Golf Ranking, placing as high as number five on at least one occasion.

He fathered two sons and a daughter with his wife Hyunjung Kim.

He was a crowd favorite at the inaugural AT&T National, hosted by Tiger Woods.

Choi Kyung-Ju Is A Member Of