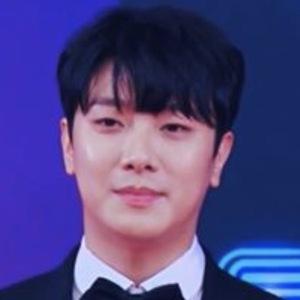 Drummer and backup vocalist best known as a member of the South Korean rock band F.T. Island. He is also an actor who played a leading role on the web drama Hot and Sweet starting in 2016.

He has starred in stage musicals like Joseph and the Amazing Technicolor Dreamcoat.

He was born and raised in Seoul, South Korea. He has a sibling named Choi Da-young. In 2018, he married Yulhee. They have a child named Choi Jae-yul together.

He has shared the stage with guitarist and singer Song Seung-hyun as a member of F.T. Island.

Choi Min-hwan Is A Member Of