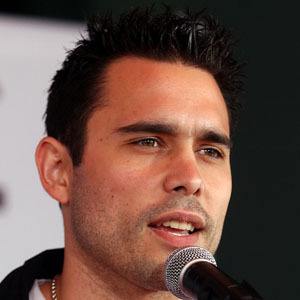 Musician who became the lead vocalist of the rock band Trapt. They are best known for their chart-topping singles "Headstrong," "Still Fame" and "Echo." Their album, Trapt went certified platinum and the last song titled "New Beginning" was featured in the film Dragon Ball Z: The Return of Cooler.

He and the Trapt members formed in the mid 90s under the name Swinging Udders.

Their hit "Headstrong" reached number one on both the Modern Rock Tracks and Hot Mainstream Rock Tracks.

His band has opened for Papa Roach, which is fronted by lead singer Jacoby Shaddix.

Chris Taylor Brown Is A Member Of