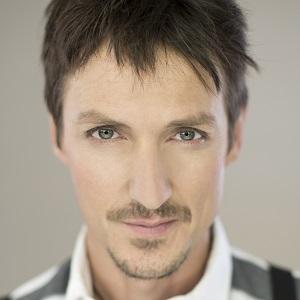 Two-time South African Music Award winner and a Medal of Honour recipient from the South African Academy of Science and Arts who began his solo career in 2004. His critically acclaimed debut solo album, Ek Herhaal Jou, went platinum in December of 2007.

He became the bassist and front man for the group Boo! in 1997. They received a SAMA for Best Pop Album in 2002.

He is an actor as well, landing the role of Mr Marx in a film called Suurlemoen. He also played a pop star named Sarel Fourie in the movie Fanie Fourie's Lobola.

He was born in Johannesburg, South Africa.

He performed alongside Aretha Franklin, Josh Groban, Dave Stewart and others at the prestigious Mandela Concert in New York.

Chris Chameleon Is A Member Of