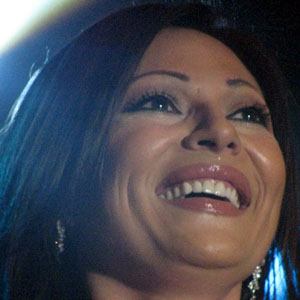 Known for her work in the Serbian turbo folk music genre, this exceptionally popular vocalist released such hit songs as "Nije Monotonija," "Nevaljala," and "Crveno." In the first three decades of her career, she sold more than ten million albums.

Born Svetlana Veličković, she performed under the stage name of Ceca. She began her highly successful music career in 1988, recording her first album, Cvetak Zanovetak, when she was just fifteen years old.

In the early 2010s, she was arrested on charges of embezzlement and illegal arms possession.

Despite her parents' disapproval, she married the soon-to-be infamous Serbian military leader and crime boss Zeljko Raznatovic. The marriage, which lasted from 1995 until Ražnatović's assassination in 2000, resulted in a daughter named Anastasija and a son named Veljko.

Ceca Is A Member Of