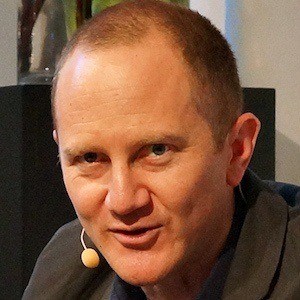 Award-winning British author known for his novels Incendiary, The Other Hand (also known as The Little Bee), and Everyone Brave is Forgiven. His first two novels were both adapted into feature films, with The Other Hand becoming a #1 New York Times bestseller.

He studied psychology at Balliol College. He was a columnist for The Guardian newspaper in London from 2008 to 2010.

His debut novel Incendiary won a Somerset Maugham Award in 2006 and was also nominated for a Commonwealth Writers' Prize later that year. The audio book version was read by Australian actress Susan Lyons.

He was born in London and he grew up in Cameroon and Buckinghamshire. He has three children.

Michelle Williams and Ewan McGregor were cast in the film adaptation of his novel Incendiary.

Chris Cleave Is A Member Of