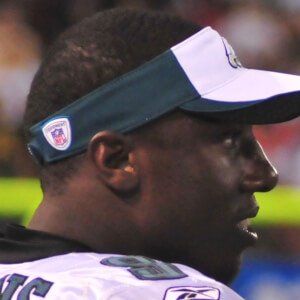 Veteran NFL defensive end who played for the Redskins, Raiders and Eagles before becoming a starter for the Seattle Seahawks in 2010.

He was named the University of Georgia's Most Improved Linebacker his senior year but was not selected in the 2003 NFL draft.

He proved his value to the Seattle Seawhawks as the team's sack leader in 2010 and 2011.

He has a younger brother named Nic who has played for the Broncos. His uncle Charlie also played in the NFL.

He sacked Aaron Rodgers four times in the first half of an early season match-up with the Packers on September 24, 2012.

Chris Clemons Is A Member Of