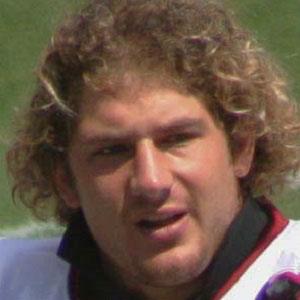 NFL tight end who was selected by the Washington Redskins in the 2004 NFL Draft's third round; in 2011, he would achieve the franchise record for tight-end receptions.

He divorced his first wife, Angela, in 2005 and separated from second wife, Christy Oglevee, in 2012.

He became teammates with rookie sensation Robert Griffin in 2012.

Chris Cooley Is A Member Of