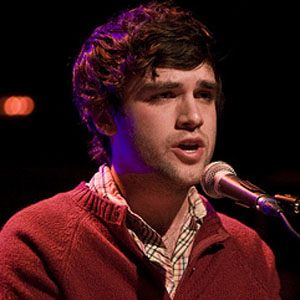 Known for his unique melding of the indie, folk, Baroque pop, and Americana music genres, this vocalist, songwriter, and multi-instrumentalist released his first album, Music for Tourists, in 2007 and his second full-length recording, El Radio, in 2009.

He studied for one semester at Boston's Berklee College of Music and then began performing in New York City.

Two of his songs, "Castle Time" and "Black and Blue," were featured in Season Four of the popular television series Grey's Anatomy.

He spent his early years in Boston, Massachusetts and Paris, France, and later lived in New Jersey and New York.

Early in his music career, he was greatly influenced by the work of the late singer and songwriter Jeff Buckley.

Chris Garneau Is A Member Of