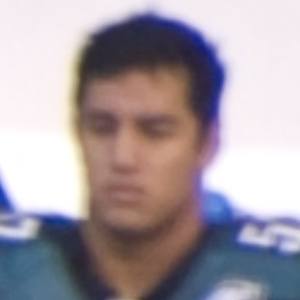 After serving as both a linebacker and a quarterback on the Carpinteria High School football team, he won a 2005 Buck Buchanan Award for his distinguished college football career at California Polytechnic State University.

He was raised in Lancaster and Carpinteria, California.

He was coached by Andy Reid during his time on the Eagles.

Chris Gocong Is A Member Of