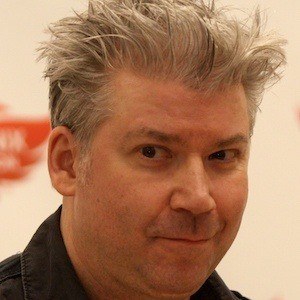 Author and film critic who is known for his published work reviewing independent film. In 1985, he founded, and began serving as the head writer for Film Threat Magazine, which was a project dedicated to covering underground and indie film.

He has made various TV appearances in addition to his writing, including on G4TV's Attack of the Show! In 2005, he appeared in the film My Big Fat Independent Movie, which was a satire about the independent film industry.

He was born and raised in Big Rapids, Michigan.

He appeared as himself in the 2010 documentary The People vs. George Lucas.

Chris Gore Is A Member Of