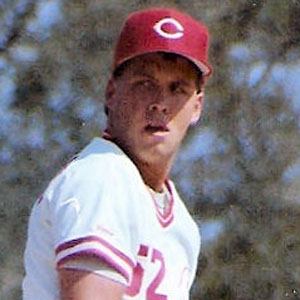 Former MLB pitcher best remembered for his days with teams like the Cincinnati Reds and Florida Marlins. He retired in 1998 before making an unlikely comeback in 2002 as a member of the Atlanta Braves.

He was born in Atlanta and was drafted by the Reds in the sixth round of the 1986 Amateur Draft.

He has children named Jake, Andy and Alex.

He was managed by Joe Torre as a member of the New York Yankees during the 2003 season.

Chris Hammond Is A Member Of