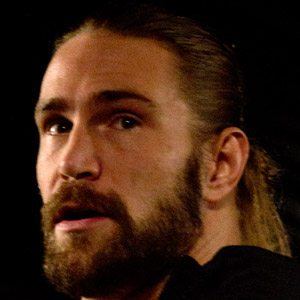 Professional wrestler best known for his time on the independent circuit. He has held Heavyweight titles in leagues like Combat Zone Wrestling and Juggalo Championship Wrestling.

He graduated from Northmont High School and began training in wrestling in 1998.

He was featured in the music video for the song "The Ballad of Bruce Moose" by Canadian band Born Ruffians.

Born Chris Spradlin; his mother took him to wrestling shows in Dayton, Ohio.

He and Antonio Cesaro, a.k.a. Claudio Castagnoli, were named Tag Team of the Year by Wrestling Observer Newsletter in 2010.

Chris Hero Is A Member Of