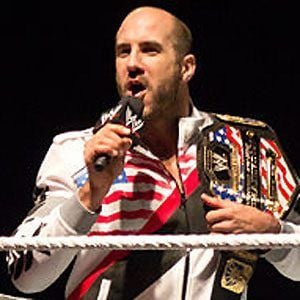 Born Claudio Castagnoli but better known as Antonio Cesaro or simply Cesaro, he is a 6'5" Swiss wrestler best known for his time in the WWE. He won a WWE United States Championship in 2012 after defeating Santino Marella.

He wrestled in Europe for four years and in the U.S. with the Ring of Honor promotion before joining the WWE.

Being able to speak Italian, German and French in addition to English plays into his "European snob" wrestling gimmick.

He grew up in Lucerne, Switzerland and can speak English, German, Swiss German, French, and Italian. He dated fellow wrestler Aksana up until 2014.

He won a title match against Zack Ryder on the WWE's Night of Champions in 2012.

Cesaro Is A Member Of