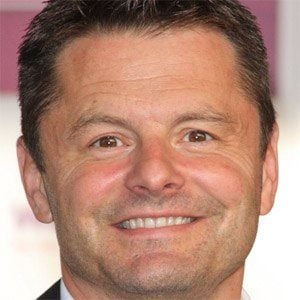 English sports journalist best known for being a presenter on BBC Breakfast from 2005 to 2012.

He played football before attending university and then played cricket while at Oxford University.

In 2012, he became on of the presenters on the BBC series WatchDog.

He married Sarah Alexander in 2012.

He won the 2009 series of Strictly Come Dancing with Ola Jordan as his partner.

Chris Hollins Is A Member Of