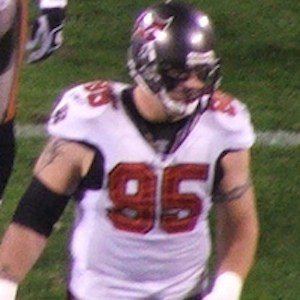 Football coach and former player who became the defensive line coach for the Tampa Bay Storm in the Arena Football League in 2013. He was previously an NFL defensive tackle for teams like the Minnesota Vikings and Tampa Bay Buccaneers.

He was an All-State football and lacrosse player at St. Ignatius High School.

He was an All-Big East selection three straight years from 1997 to 1999, becoming the first Boston College player to do so.

He married a woman named Jaimi, with whom he has children.

he was coached by Jon Gruden during his time with the Tampa Bay Buccaneers.

Chris Hovan Is A Member Of