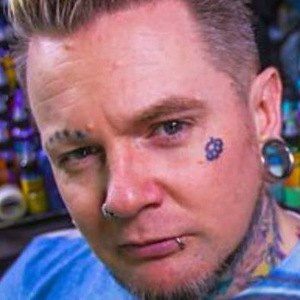 He never received any formal training. He got his first tattoo when he was 19.

He was nominated for three consecutive Tattoo Industry Awards for Best UK Male.

He was born and raised in Cardiff, Wales.

He is featured in the premiere episode of Epic Ink giving a client a Herculean Arnold Schwarzenegger tattoo.