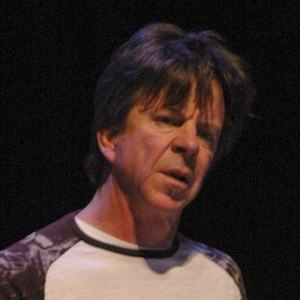 Rock & roll musician who is best known for having played the drums in Stevie Ray Vaughan's band Double Trouble. He has also performed with Kenny Wayne Shepherd's Band.

He received his first drum set at the age of 13 and was a member of W. B. Ray High School's band.

After Stevie Ray Vaughan's passing in 1990, he went on to form the Arc Angels.

He is from Corpus Christi, TX.

He collaborated with Willie Nelson on his first solo album.

Chris Layton Is A Member Of