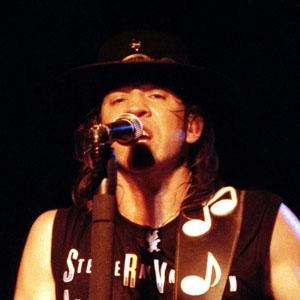 Texas blues guitar legend known for being the leader and co-founder of the band Double Trouble as well as for his solo work.

He did not cultivate much of a social life, as he was always playing the guitar growing up. When he was seventeen, he dropped out of high school to pursue a career in music.

He was inducted into the Blues Hall of Fame in 2000.

He was influenced by the work of blues artists like Muddy Waters.

Stevie Ray Vaughan Is A Member Of