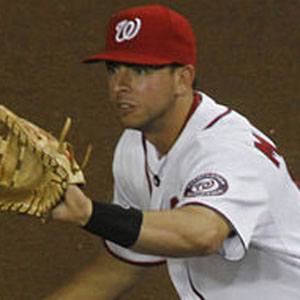 First baseman who made his MLB debut in 2011 with the Washington Nationals and signed a minor league deal with the Baltimore Orioles in late-2013.

His uncle is former MLB catcher and outfielder Eli Marrero.

Pitcher-turned-outfielder Rick Ankiel was his teammate on the Nationals.

Chris Marrero Is A Member Of