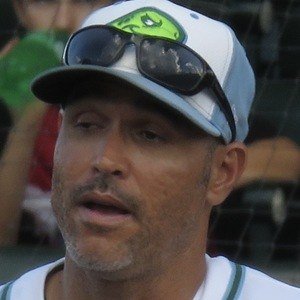 Defensive catcher who also began to see time in the outfield. He played the bulk of his career with the St. Louis Cardinals, from 1997-2003.

Shortstop Rafael Furcal was his teammate on the Atlanta Braves in 2004.

Eli Marrero Is A Member Of