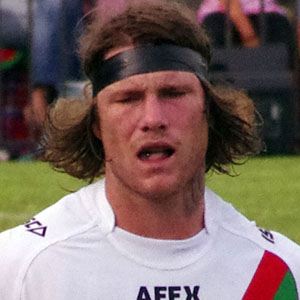 Rugby league player who began his National Rugby League career with the South Sydney Rabbitohs in 2009. He has also played representative rugby with Queensland and Prime Minister's XIII.

He was raised in Kingaroy, where he played for the local rugby team the Red Ants.

He played for Queensland in the 2013 State of Origin series, in which the team extended its record for consecutive State or Origin series wins to eight.

His grandmother was born and raised in England.

He has been teammates on the Rabbitohs with Adam Reynolds.

Chris McQueen Is A Member Of