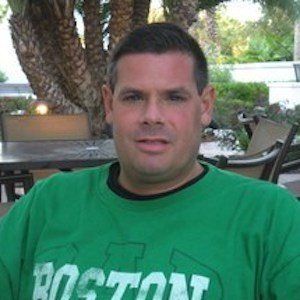 Author who has won fans for his blend of horror and true crime, as read in books like A True Tale of Horror (2013) and Weird Tales of Horror (2013). He is an entrepreneur who founded his own production company as well as the record label Got Money Productions.

He grew up in Skaneateles, New York and went to three different high schools. He attended Bradford College and the Harvard School of Public Health.

He appeared in the Cameron Diaz comedy Sex Tape (2014).

He has worked with Jamie Foxx during his career in the music business.

Chris Mentillo Is A Member Of