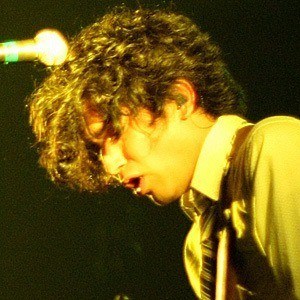 Guitarist who is best known as a member of the christian rock band Sanctus Real. The band rose to fame after releasing singles like "Lead Me," "I'm Not Alright," and "Don't Give Up."

He formed the band with the original lead singer, Matt Hammitt, in 1996 after becoming friends in high school.

In 2005 Sanctus Real took home the award for Modern Rock Album of the Year at the GMA Dove Awards. They were nominated multiple times for the Grammy Awards.

He grew up alongside his sister. He married a woman named Dominique and together they welcomed a daughter named Penelope and a son named Casen.

His band toured with Jonny Diaz in 2010.

Chris Rohman Is A Member Of