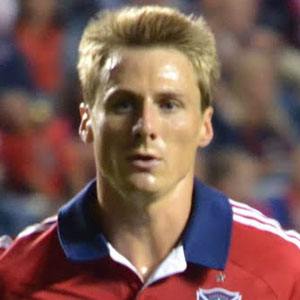 American forward who began his MLS career with the Chicago Fire 2005. He spent two years with Denmark's AaB Fodbold before returning to the Fire in 2012.

He played college soccer at the University of Dayton.

He was born to Ralph and Donna Rolfe.

Chris Rolfe Is A Member Of