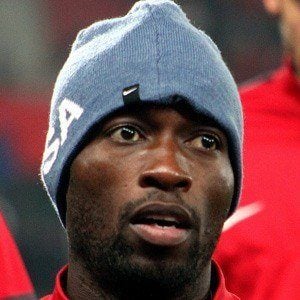 Winger who played for the Chicago Fire in the MLS from 2000 to 2004 and joined Puebla in 2011 after spending a year with Hannover 96 and three years with the Rangers FC; became a member of the US national team in 2001.

He earned the 2005 Golden Boot award after leading the US to victory at the 2005 CONCACAF Gold Cup.

His older brother became a member of the Missouri Comets.

He became teammates with Landon Donovan on the US national team in 2001.

DaMarcus Beasley Is A Member Of