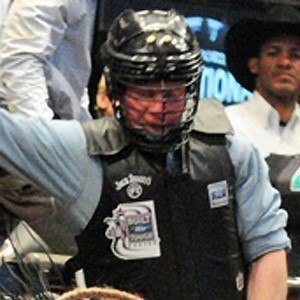 He took up bull riding at a young age, honing his skills until his professional debut at age 18.

In 2013, a year after his retirement, he was inducted into the PBR's Ring of Honor.

He raised two children with his wife Kylie Shivers.

He and NFL running back Stevan Ridley were both born in Natchez, Mississippi.

Chris Shivers Is A Member Of