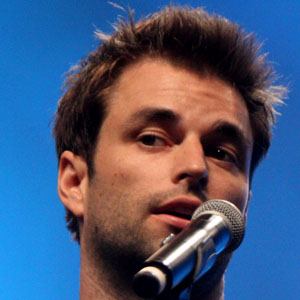 YouTube superstar who creates music video covers on his channel supricky06. He also vlogs about love, life, and relationships on his other channel, SupDaily06.

He created his first and more popular channel supricky06 on February 18, 2006, uploading his first video, "ooo dance dance revolution with my dad," in August of that year.

He introduced his SupDaily06 channel on December 31, 2009 in a video called "Welcome to SupDaily06!!"

He grew up in Chicago, Illinois before moving to Los Angeles, California.

He collaborated on a YouTube video with Tyler Oakley in November of 2012.

Chris Thompson Is A Member Of