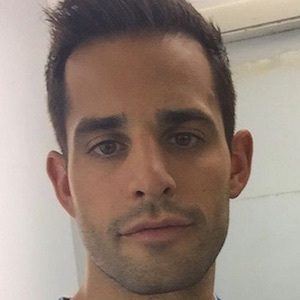 Emmy winning entertainment reporter and television show host best known for his work with the WSVN show Deco Drive and as a former host of Razer's 969 and Sun TV's Inside Jam. He has also been seen conducting interviews for World Wrestling Entertainment and Total N Action Wrestling.

He graduated from Wilfrid Laurier University with a degree in communication. He then worked as a news reporter and videographer with CHEX-TV in Peterborough, Ontario.

He is a fan of competitive bass fishing and has competed in tournaments like Bassmaster and FLW Outdoors.

His mother and father made their television debut in a December 2015 special on WSVN 7 News.

He has interviewed a wide range of celebrities, including the Revenant stars Leonardo DiCaprio and Tom Hardy.

Chris Van Vliet Is A Member Of