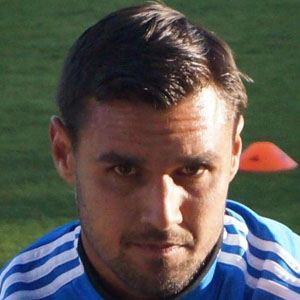 American striker who was named MLS MVP in 2012 after leading the league in goals scored as a member of the San Jose Earthquakes. He began playing for the United States national team in 2011.

He played college soccer at Chico State University from 2001 to 2004.

Chris Wondolowski Is A Member Of