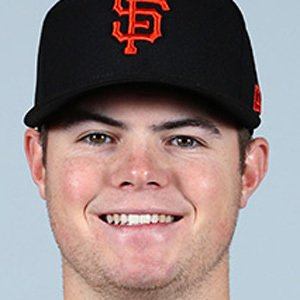 Infielder who made his major league debut with the San Francisco Giants in 2017. He was a first round pick of the Giants in the 2013 MLB Draft.

He was committed to play college baseball for the University of Florida before signing with the Giants.

Christian Arroyo Is A Member Of