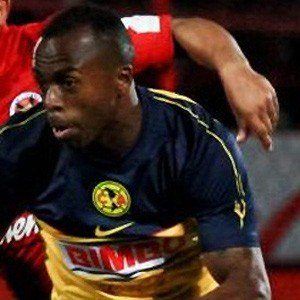 Ecuadorian striker nicknamed Chucho who earned Club America's Top Goalscorer and Best Player honors in 2012. He died due to respiratory failure at a hospital in Doha, Qatar.

He earned the Best Serie A player award with El Nacional in 2006.

He had a pair of twins with his wife Cleber Chala.

He first became teammates with Antonio Valencia on Ecuador's national team in 2005.

Christian Benítez Is A Member Of