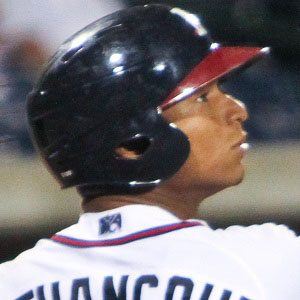 Known as an outstanding defensive catcher, he made his MLB debut in 2013 with the Atlanta Braves and was named to the 2012 All-Star Futures Game.

The Braves signed him as an amateur free agent in 2008.

In 2011 in A-ball, he cut down a whopping 47 percent of base runners who attempted a stolen base.

He was born in Panama City, Panama.

All-Star catcher Brian McCann was his teammate on the Braves.

Christian Bethancourt Is A Member Of