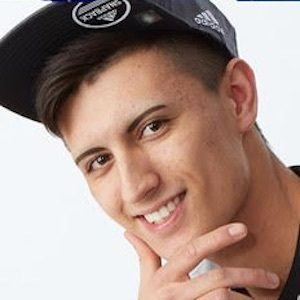 YouTube lifestyle guru who is known for his SneakerTalk channel. He has gained widespread popularity for his sneaker lifestyle vlog entries, which often include the unboxing, reviewing, and wearing of various different types of sneakers.

He initially posted videos to the YouTube channel charliedubnut. He began his SneakerTalk YouTube channel on January 24, 2015. He posted his first video there on February 7, 2015. He used to work as a DJ under the name DJ Crysix.

He has amassed more than 350,000 subscribers to his YouTube channel since its beginning. One of his most popular videos, "LIFE OF A SNEAKERHEAD - DOCUMENTARY - SNEAKER TALK," has earned more than 400,000 total views. He made the video for a school project.

He was born and raised in Toronto, Ontario, Canada. He has featured his girlfriend Naty in his videos.

He and fellow YouTuber SneakerHeadInTheBay are both known for their sneaker lifestyle vlog entries.

Christian Cantelon Is A Member Of