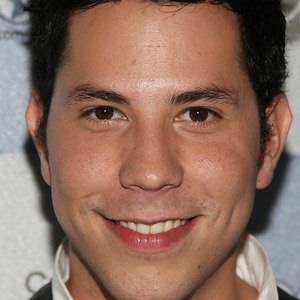 Latin pop singer and actor known for performing with RBD. He has sung on singles like "Sólo Quédate En Silencio."

He began with a small role on the show El Juego de la Vida. His first telenova was Clase 206.

He had a recurring role on the Latin soap opera Rebelde.

He was married to his longtime partner B.J. Murphy until 2009. Following his divorce he began dating Ben Kruger, a real estate agent. The couple later split.

He and Maite Perroni were both part of RBD.