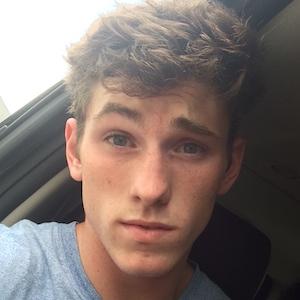 Popular Vine video content creator whose comedy is more improvisation and spontaneous rather than planned out sketches. He has over 30,000 followers on Instagram.

He grew up on a horse farm and spent most of his time helping his mother with barn work. He also played sports and was your everyday teenager who hung out with friends.

He earned over 300,000 followers on Vine before the app was discontinued.

He was born and raised in Connecticut. He has posted photos on his Instagram of his father.

Both he and thatsojack are internet personalities who were born in Connecticut.

Christian Davies Is A Member Of