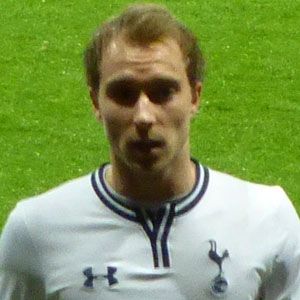 Danish midfielder who debuted professionally for the Dutch club Ajax in 2010 and made his senior international debut that same year for Denmark.

He signed with Tottenham Hotspur of the English Premier League in 2013.

He grew up with his family in Middelfart, Denmark. He has a sister named Louise, and a son.

He shared a photo of himself with soccer players Achraf Hakimi and Nicolo Barella on his Instagram account in November 2020.

Christian Eriksen Is A Member Of