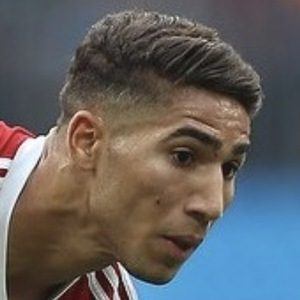 Spanish/Moroccan professional soccer player who is best known as a midfield defender for Real Madrid Castile. As of March 31, 2017 his estimated market value was set at 225K euros. In 2018, he began playing on loan for Borussia Dortmund.

In 2005 he was picked up by CD Colonia Ofigevi.

In 2016, he received the distinction of Most Promising Moroccan Player.

He played alongside Gareth Bale and Karim Benzema on Real Madrid.

Achraf Hakimi Is A Member Of