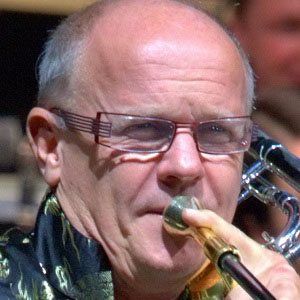 A world renowned trombonist, he launched an acclaimed solo career during which he recorded well over fifty albums and premiered work by Anders Hillborg, Jan Sandstrom, and other noteworthy contemporary composers. He also wrote "Helikon Wasp" (2003) and served as chief conductor of the the Arctic Philharmonic Orchestra.

He was the 1981 winner of the Nordic Soloists' Biennale contest.

He was born and raised in Danderyd, Sweden. His marriage produced four children.

In 1996, he premiered Arvo Part's composition An den Wassern.

Christian Lindberg Is A Member Of