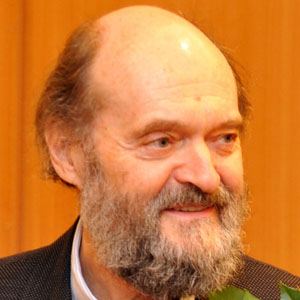 Celebrated composer of classical and sacred music. He was known for his self-invented compositional technique tintinnabuli. His tintinnabuli technique resembled the ringing of bells and was best displayed in his composition "Spiegel im Spiegel" from 1978.

He translated the style of minimalism into sacred music, composing well-known instrumental works that became a part of the New Simplicity movement.

His family was residing in Paide, Järva County, Estonia, when he was born. His differences with the Soviet government forced him to immigrate first to Vienna and then to Berlin.

His "Spiegel im Spiegel" was used in many films, including 2002's "Swept Away," directed by Guy Ritchie.

Arvo Part Is A Member Of