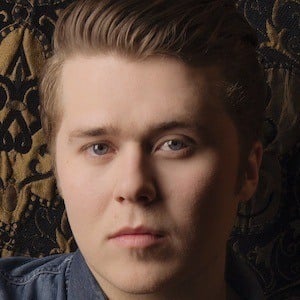 Best known as the frontman and guitarist of the Christian Lopez band. He released his debut EP Pilot in 2014 and followed in 2015 with his first studio album Onward.

He began playing piano at five years old and then guitar at six. He also spent many of his adolescent years playing in various garage bands and by sixteen was touring.

He was named Best Newcomer by Rolling Stone at the Americana Music Festival & Conference in 2015.

His mother was a music teacher and lover of opera and classical music. He has dated actress Skyler Shaye.

He has shared the stage with country superstars like Miranda Lambert and Blake Shelton.

Christian Lopez Is A Member Of