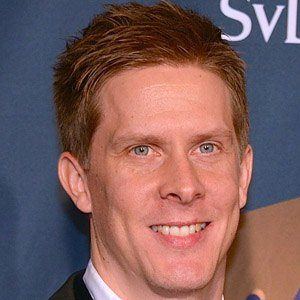 Swedish hurdle jumper who won the gold medal in the triple jump at the 2004 Olympics. He has also won two gold medals at the European Championships,

He first competed at the 2001 World Championships and won silver.

He officially retired from track & field in 2012 following multiple injuries.

As of 2014, he was involved with Gordana Bosanac.

Debbie Ferguson-Mckenzie also competed in the track events at the 2004 Olympics.

Christian Olsson Is A Member Of