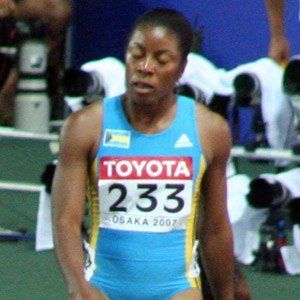 Sprinter who won a gold medal in the women's 4x100-meter relay at the 2000 Olympics and silver in the same event in the 1996 Olympics.

She graduated from St Andrew's School in Nassau, Bahamas.

She married Adrian McKenzie in 2005.

Debbie Ferguson-mckenzie Is A Member Of