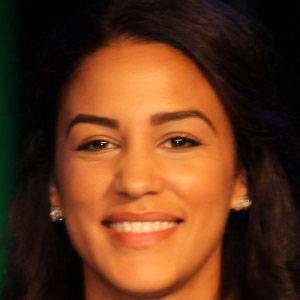 Famous for her recurring roles as Carly Diggle and Marian in the respective television series Arrow and Once Upon a Time, she is also notable for her appearances in episodes of Smallville, Supernatural, and The 4400.

She played her first credited acting role in an episode of the television series Freedom.

Born to a family of English and Belizean heritage, she spent her youth in White Rock, British Columbia, Canada, and grew up with sisters named Paige and Nikki.

In 2014, she began appearing with Shiri Appleby in the drama series UnReal.

Christie Laing Is A Member Of