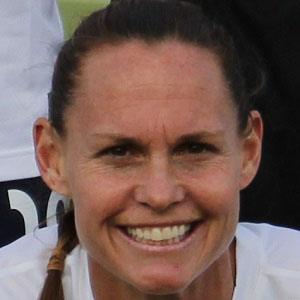 She attended Monmouth University, where she earned a degree in Special Education.

Rampone is the oldest player to compete in a FIFA Women's World Cup game.

She married Chris Rampone on November 9, 2001. The couple has two daughters, Rylie Cate and Reece Elizabeth on March 6, 2010.

She played with Mia Hamm in Hamm's final Olympics, the 2004 Athens competition.

Christie Pearce Rampone Is A Member Of