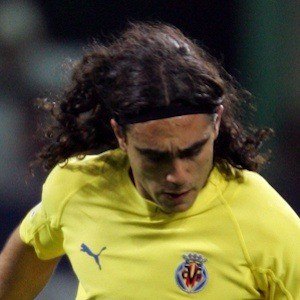 Former Argentine defender and midfielder who is famous for his club career spanning the globe. Throughout his career, he played for Juventus, Villareal, and Paris Saint-Germain before retiring in 2009 and becoming a soccer pundit for ESPN Brasil in 2012.

He began his youth career as a member of the Argentine Juniors club in 1992. He served as a captain for the 1995 FIFA World Youth Championship-winning Argentina U-20 squad.

He captained the Argentina national team that finished as quarterfinalists at the 2006 World Cup in Germany. He was on the roster for the Juventus club that won the 1995-1996 UEFA Champions League.

He was born and raised in Buenos Aires, Brazil. He is ethnically Jewish.

His Argentinia club fell to Michael Ballack's Germany squad at the 2006 World Cup.

Juan Pablo Sorin Is A Member Of