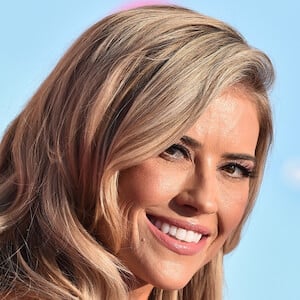 Real estate investor and television personality most famous for co-hosting the HGTV series Flip or Flop. She was given the job after spending several years running a highly successful real estate agency in the Southern California area. She later became host and star of her own show, Christina on the Coast.

She grew up in Anaheim Hills, California and entered the real estate business immediately after college.

She has toured across North America with her seminar company Success Path, which is meant to help aspiring real estate investors.

Her maiden name was Haack. She married her Flip or Flop co-host Tarek El Moussa in 2009. Her first child, a daughter named Taylor, was born in 2010. In 2015, she welcomed her first son, Brayden. She and Tarek split in 2016. She briefly dated Doug Spedding in 2017. In 2018, she married Ant Anstead, and the couple split less than two years later. They had a son together named Hudson in September 2019. In 2022, she got married to Josh Hall.

She has been a guest judge on HGTV's Brother vs. Brother, hosted by twin brothers Drew Scott and Jonathan Silver Scott.

Christina Haack Is A Member Of